I love a good juxtaposition. I got one for you: 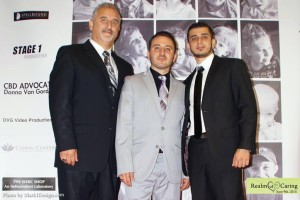 Alfred, Ray and John Mirzabegian, The
Realm of Caring, CA

This is my friend Ray. He and the rest of the Mirzabegian brothers are responsible for bringing The Realm of Caring and Charlotte’s Web, the high CBD oil that is saving my son’s life, to California. He also makes THC concentrates for children.

I haven’t needed to add THC to my son’s treatment, but I know a lot of families who have and it’s definitely in my back pocket. Some kids need more THC for seizure control and it is VERY beneficial when treating cancer (more on that soon). Interestingly, THC is often the only remedy that eases painful symptoms of withdrawal when weaning pharmaceutical medications. MANY parents in our community are doing this, and it’s usually off of the benzodiazepine Onfi (also known as Clobazam). Our kids are also frequently prescribed another benzo, Diazepam (or Valium), as an emergency medication. According to the Controlled Substance Act, benzos are a schedule IV drug which means they are considered to have a low potential for abuse. Whenever I hear this I remember Stevie Nicks saying that Klonopin was harder to kick than cocaine. I’m sure there are a lot of parents in our group who would agree. 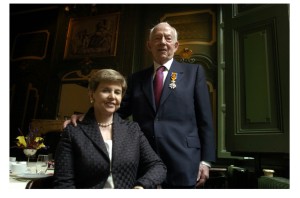 This is also Ray. He and his brothers, the Sacklers, are responsible for Valium and OxyContin, a schedule II drug (meaning there is a high potential for abuse). There is a straight line from OxyContin to heroin. Heroin addiction is at a devastatingly all time high, having increased 62% since 2002 according to the Centers for Disease Control.

In case you haven’t heard, OxyContin was just approved by the FDA for use in children between the ages of 11 and 16. Physicians have already been prescribing it to this young population and tragically families have been reporting their childrens slide down its slippery slope into addiction for years. This just officially sanctions its use.

And while I’m sure it’s unrelated, the timing of this decision goes right up my you-know-what. As thousands of parents, patients, and advocates across the country are actively fighting for access to even just CBD – a completely non-psychoactive and non-addicting component of cannabis with clear medicinal value (despite its maddening schedule I classification) – the FDA swoops in and announces its decision to endorse the use of pediatric OxyContin, a known and proven gateway drug. Or as my husband observed, they’ve kind of just removed the gateway all together. An assumption behind the whole “gateway drug theory” is that using cannabis is less risky and more like wading into the substance abuse pool. But OxyContin in-and-of-itself is the deep end. And we’re officially throwing kids right in it.

I get that it’s complicated. As a hospice social worker I could never say it doesn’t have a place in pediatrics, and I seriously empathize with any parent put in the position to use it. But wouldn’t it make some sense to at least start at the gateway and try the less risky option first? Cannabis is famous for its pain relieving benefits.

I’m not alone in thinking this juxtaposition highlights some pretty twisted common sense cultural values. But you may not necessarily stop to reconsider them until your neurologist poo-poos the suggestion that your child is physically addicted and quickly weans them off a benzodyazapine without the support of a detox program, while they are in the throws of a dangerous withdrawal. Those are just schedule IV drugs. So before you wean your kid off of OxyContin, you may want to reconsider your position on THC and call my friend Ray.